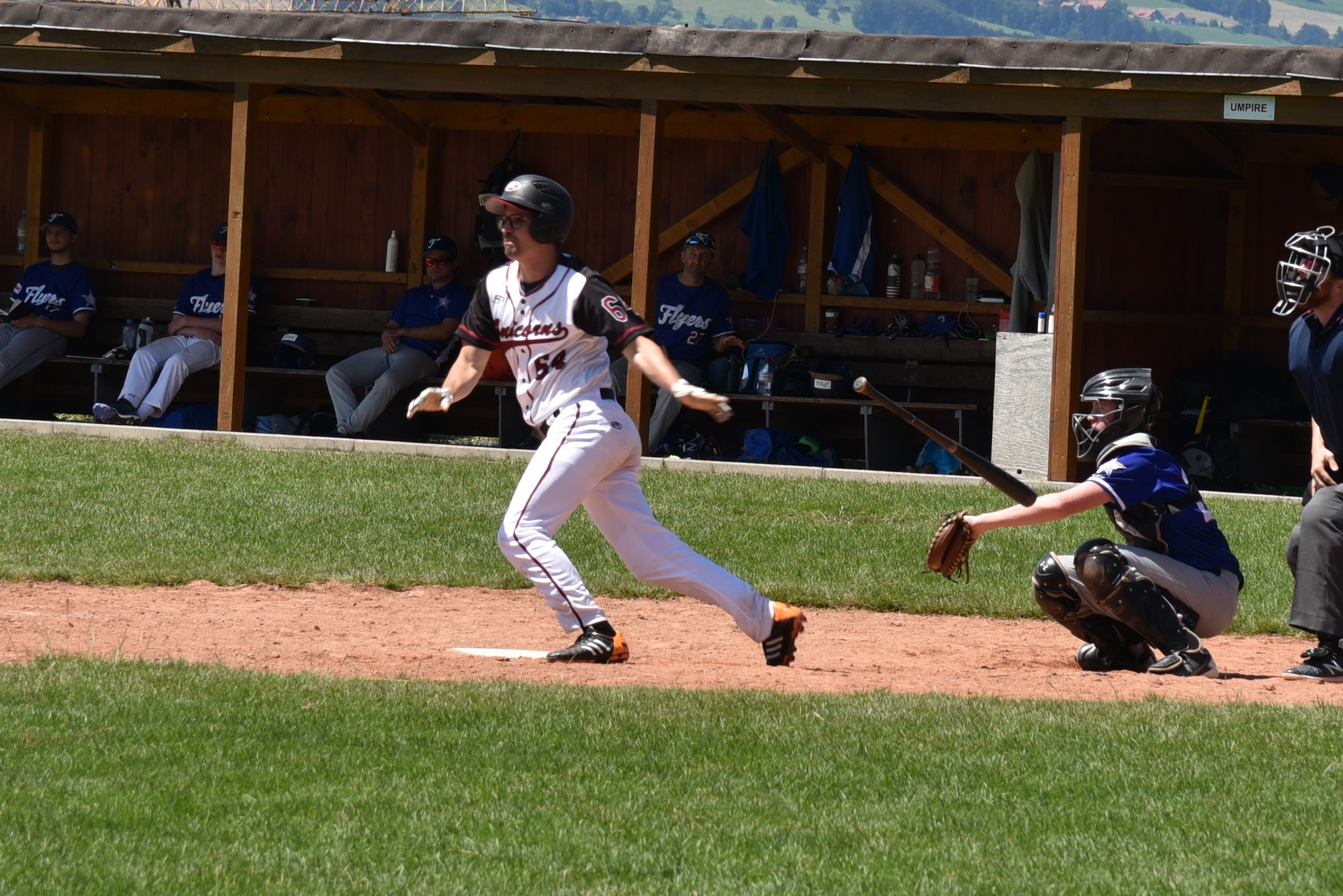 On Sunday, the Unicorns’ NLB team held their home opener in Hünenberg and performed something they have never done before. The Unicorns hit five home runs. Facing a good Therwil Flyers team, the Unicorns were trying to get back to .500 to end the first half of the season. To do so, they needed to win both games of the doubleheader. In the first game, the Flyers jumped out with 4 runs in the first inning. The Unicorns quickly answered with 4 runs of their own in the bottom of the 1st. Franklin Chavez and Steven Murphey each hit RBI doubles. After the 1st, Michael Bini settled in and pitched very well the rest of the game. Over the remaining 5 innings he struck out five and did not give up another earned run. The Unicorns offensive party really got started in the 2nd inning, when again Franklin Chavez tripled and Steven Murphey hit the first home run of the day. Rafa Pineda Pineda followed that up with a home run in the 4th inning. In the 6th inning Bilmanio Castillo hit a massive home run to deep center field and Franklin Chavez ended the first game with a walk off homer to right field. The Unicorns won by mercy rule, 16-6.

The NLB team is now even with 4 wins and 4 loss for the season. They start the second half of the season on July 18th, with 2 games in Hünenberg against the Luzern Eagles.