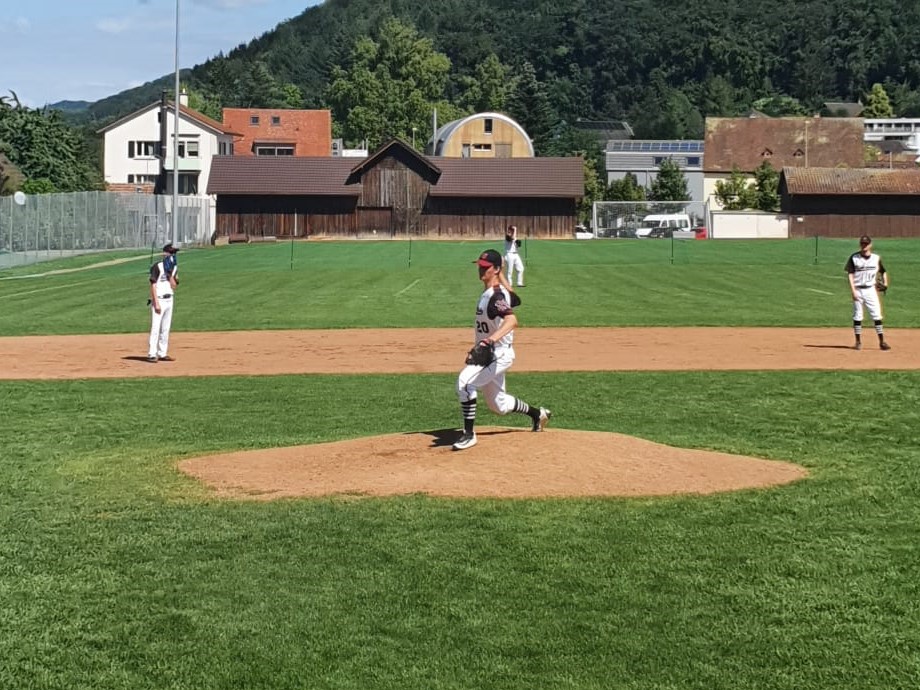 The Unicorns started the day with a shutout victory against the home team Luzern Eagles. The game ended after only 5 innings, because the Unicorns were ahead 16 – 0. Andreas Gamma pitched a complete game shutout; a fantastic performance in just his second game on the mound. Andreas gave up just two hits and two walks to the Eagles. In the second game, the 1 Liga team played against the Truckstars from Dulliken. After an exchange of blows in the first inning, whereby the Truckstars scored 3 and the Unicorns scored 4 runs, the Unicorns began to build a lead. Dani Seiler led the team with three hits and four RBIs. After the 4th inning, the Unicorns were leading 9-4. Unfortunately, they could not maintain their strong performance throughout the whole game. In the fifth inning, mistakes on defense allowed the Truckstars to score several runs. The Unicorns rallied in the bottom of the 5th, but came up one run short. The game ended with a final score of 12 – 13 for the Truckstars. The 1 Liga team plays their home openers in Hunenberg on Sunday 19 July against the Zürich Barracudas.