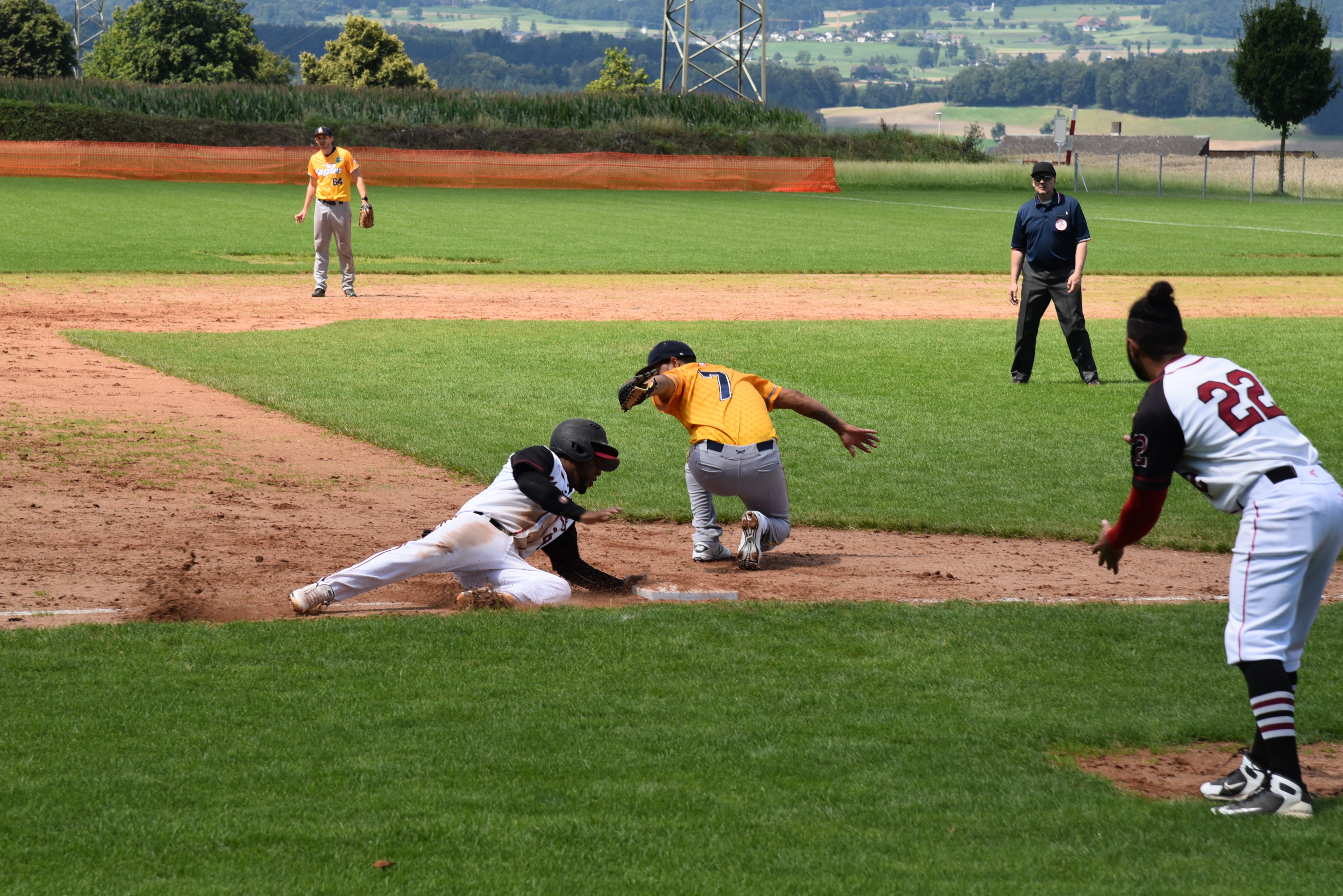 On Saturday, the Unicorns’ NLB team hosted the Luzern Eagles for two very important home games. Both teams started the day tied for second place. The Eagles started Diego Müller in game one. Diego is one of the league leaders in strikeout and would prove to be a tough matchup. The Unicorns countered with Kieran Brot, who was coming off of a 10 strikeout game last week. The Unicorns took the lead in the 1st inning, Bilmanio Castillo singled and scored on a double by Franklin Chavez. Franklin scored moments later by a single by Reinaldo Reyes. Reinaldo would score moments later on an error. The Eagles responded in the 3rd inning to take the lead, but the Unicorns countered with another run by Reinaldo and an RBI groundout by Shaen Bernhardt scored Rafa Pineda Pineda. Unfortunately for the Unicorns, the game turned in the 4th and 5th innings and the Eagles pulled away. Andreas Gamma pitched for his first time in NLB, and performed very well. In the last two innings, he struck out two Eagles and only gave up one run. The Eagles won the first game 14-6.

In the second game, Michael Bini started for the Unicorns and pitched very well. In the first 4 innings, Bini only surrendered 2 runs and held the power Eagles offense in check. The Unicorns were leading 3-2 after 4 innings. In the 5th inning, the Eagles took the lead and pulled out further ahead in the 6th. The Unicorns offense stalled at the end and was unable to rally back. The Eagles won the second game 13-5.

Reinaldo, Rafa, and Lukas Fabel had multiple hits on the day. Franklin Chavez added another 3 hits in the second game to give him 27 for the season. He currently leads the league in all major offensive categories, including hits, runs, RBIs, and batting average.

The Unicorns return to Hünenberg for two more games against the Lausanne Indians on Saturday, 25th July.