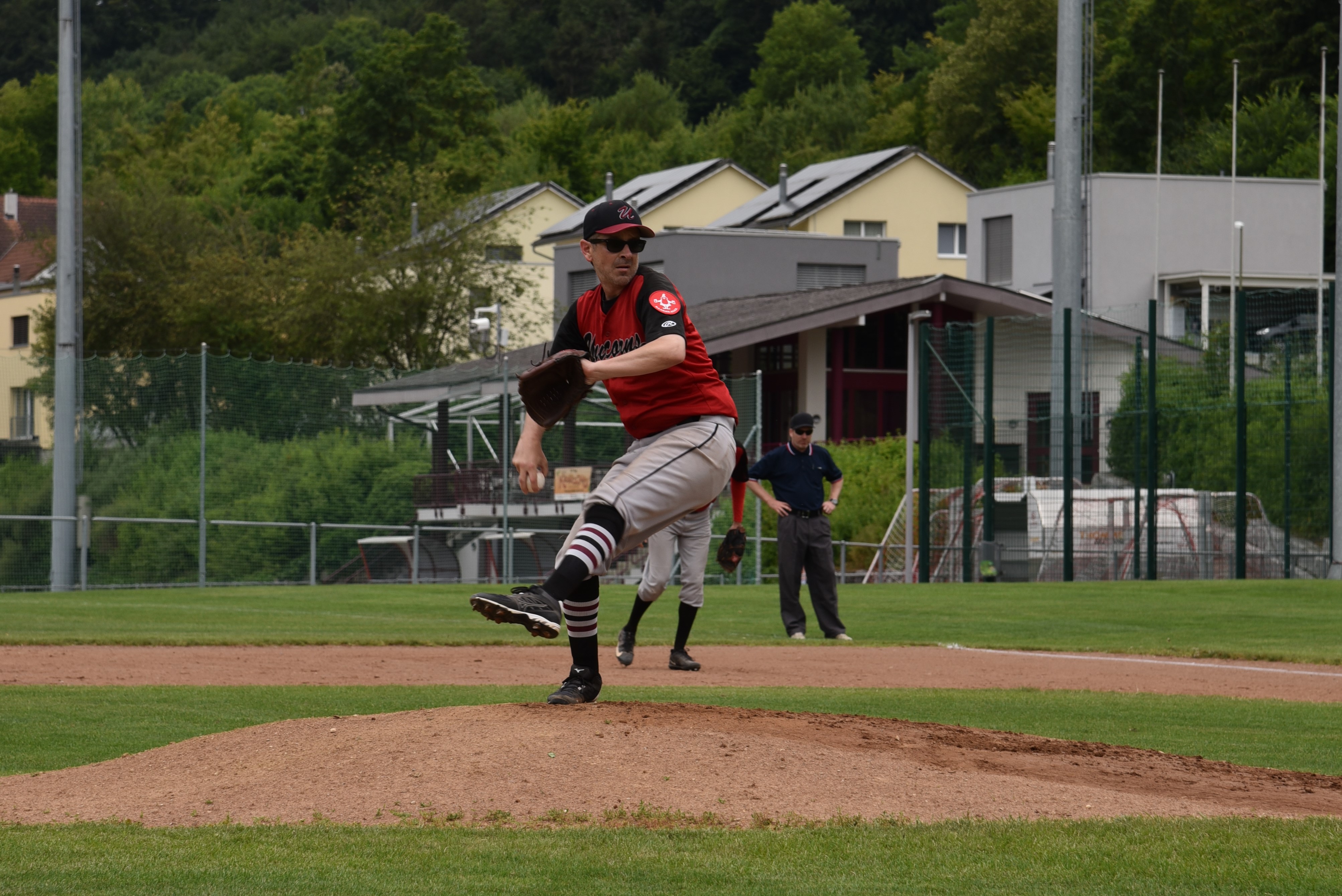 The Hünenberg Unicorns NLB team battled the Frogs through two games in Sissach on Sunday. Throughout the day the Unicorns fell behind the Frogs, but refused to give up. In the first game, the Unicorns fell behind 4-0 after two innings. In the top of the 3rd inning, the offense got going and the Unicorns tied the game. Michael Bini pitched 6 strong innings and left the game in the top of the 7th inning leading 8-7. Kieran Brot came in to close out the game and after getting two quick outs the Frogs rallied and tied the game. With the game tied a Frogs batter hit a single to left field, but a perfect throw from Raphael Jung to Franklin Chavez to Marvin Mueller caught the Frogs runner at home and saved the game. The Unicorns then erupted for 5 runs and secured a 13-11 win in extra innings. Michael Bini, the game 1 pitcher, was impressed with the resolve of the team. “We did a lot of things right and kept the pressure on the Frogs for the whole game. The whole team put in a stellar effort and we got the win that we really needed.”

The second game was a similar story. The Unicorns fell behind 6-0 after 2 innings before fighting back to tie the game in the top of the 3rd. The Frogs scored a few more in the bottom of the 3rd to take a 10-6 lead, but the Unicorns never stopped hitting and tied the game in the top of 6th inning. Franklin Chavez capped the comeback rally with a huge home run to center field. Sadly, the Frogs managed 3 more runs in the bottom of the 6th and the Unicorns rally in the last inning fell short. The Unicorns lost the second game 10-13. Throughout the day the offense was lead by Franklin Chavez, who continues to terrorize NLB pitchers. Frankin was 5 for 5 in the first game and is hitting an unbelievable .739 AVG after 6 games. In addition, Bilmanio Castillo, Marvin Mueller, Reinaldo Reyes, and Simon Weisskopf had multiple hits, including the first hit of Simon’s career in game 1.

The Unicorns return to Hünenberg on July 12th for their first home games of the season. The Unicorns will host the Therwil Flyers.