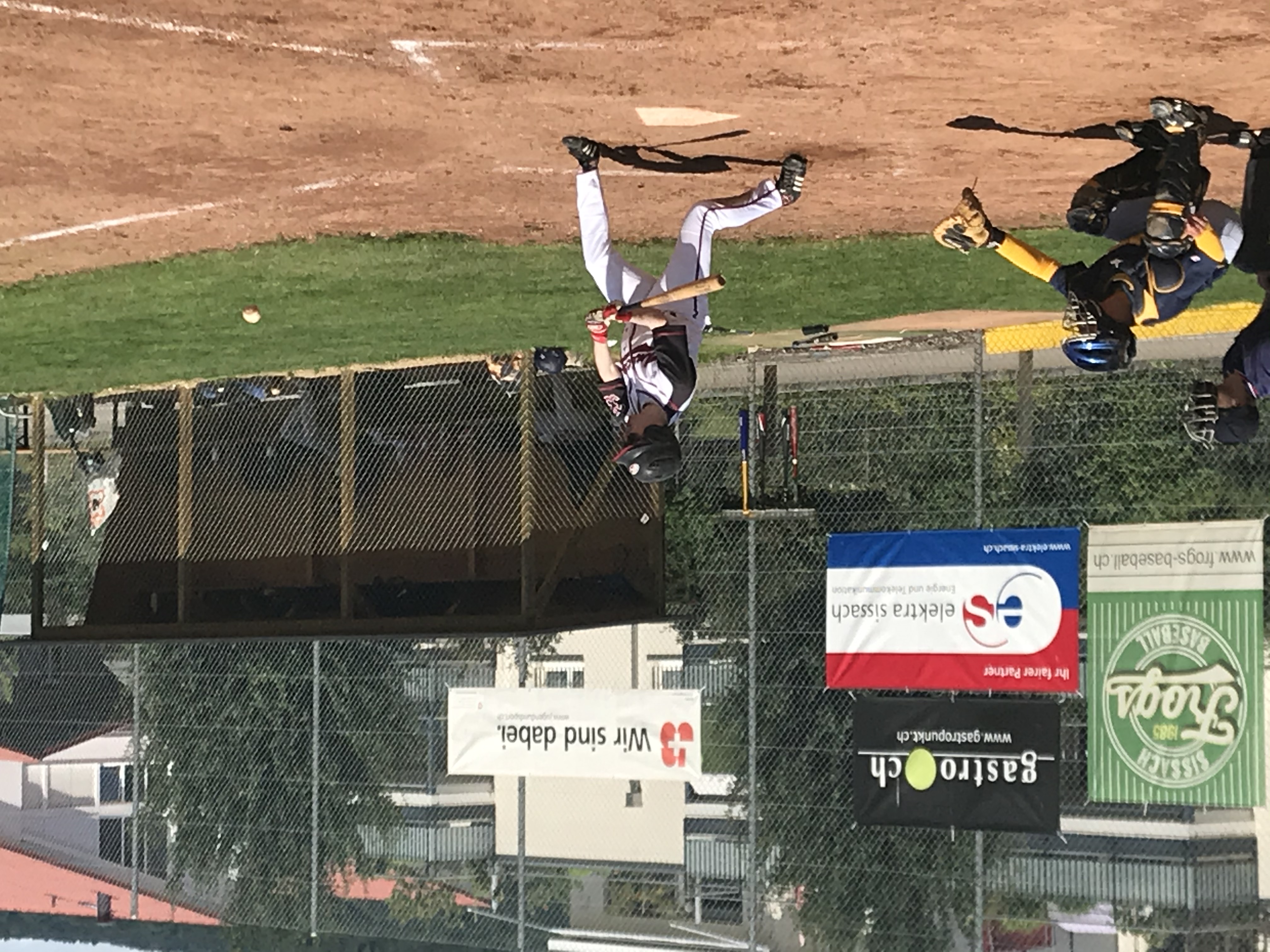 The Unicorns’ 1 Liga Team team had a very successful season opener in Sissach on Sunday. In the first game against the Luzern Eagles they dominated the game and just missed a shutout. The Unicorns won the game 12-2. The second game against the Sissach Frogs was a very close affair. The Unicorns were trailing 4 to 1 until the last inning. After an animated motivational speech by the coach, the team managed to close the gap. The team showed patience and better reads of the pitches. The Unicorns drew four walks in a row and won the game 5 to 4 on a walk off walk.
The 1 Liga team continue their season on July 12th in Luzern.