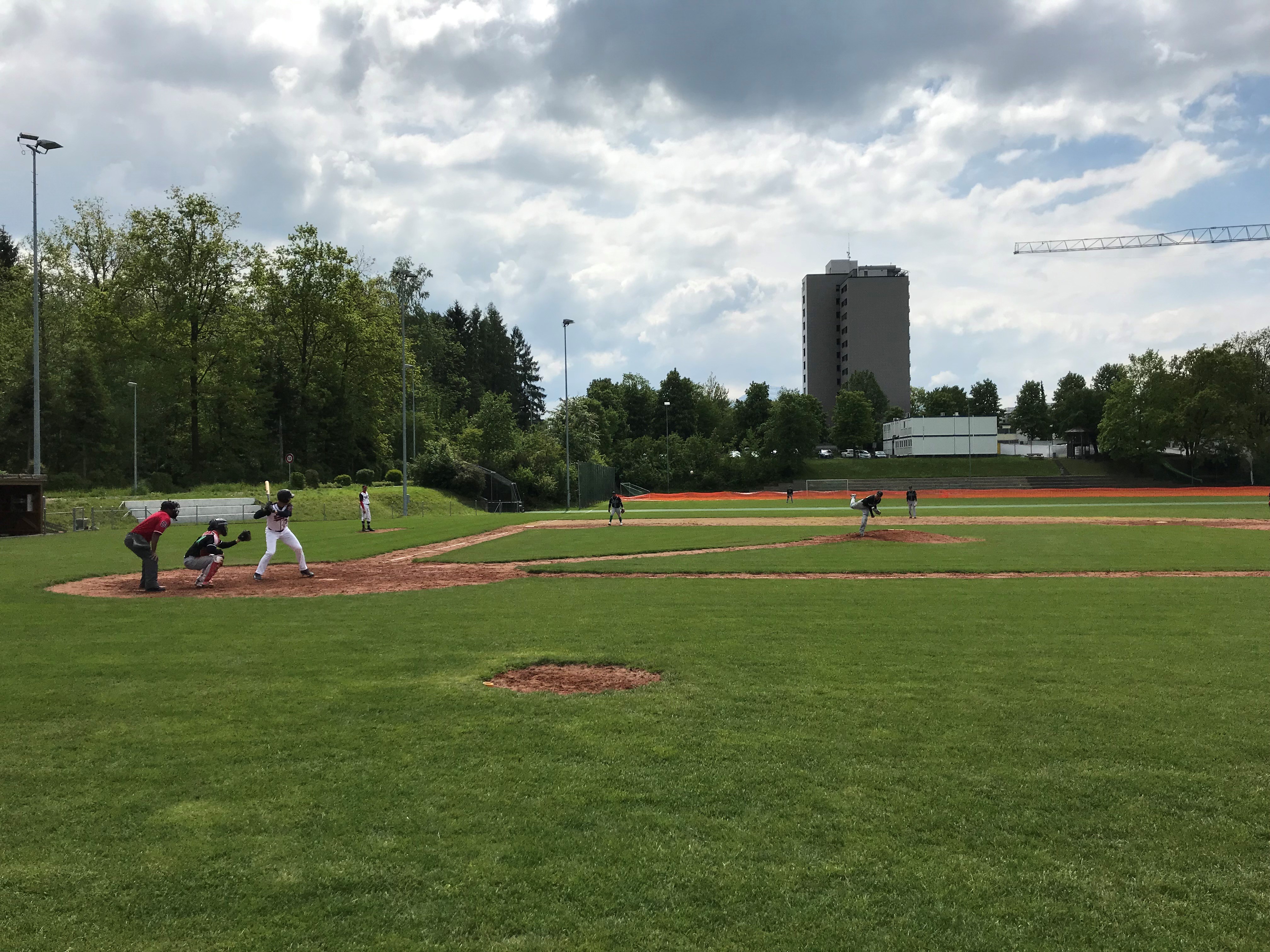 The Unicorns’ NLB team played two games on Sunday against the Romanshorn Pirates and the offensive stayed hot with 7 hits in the first game and 11 in the second. The Unicorns got off to a great start in game 1 with Michael Bini on the mound. Bini put up zeros in the first two innings and the Unicorns struck first with 2 runs in the first inning. Aiden Mitchell hit a leadoff triple and scored on a sacrifice fly from Marvin Mueller. Steven Murphey followed that with a single and scored on an RBI ground out from Guil Lacerda. The Pirates took the lead in the third inning on a series of defensive miscues and carried that led to the end. Bini pitched a complete game with 7 strike outs and only 3 walks. Aaron Mitchell and Ambi Cruz contributed with 2 hits each.

In the second game the Unicorns and Pirates traded leads throughout the game. Down 6-1 in the third inning, the Unicorns bats came alive scoring three runs in the third, 4 runs in the 4th, and 2 more in the 5th inning. Shaen Bernhardt started and pitched a strong 4.1 innings, striking out 3 batters and leaving the game with the lead. The Unicorns were led by Michael Bini at the plate, who had 3 hits including a double. Ambi Cruz, Aiden Mitchell, and Shaen Bernhardt also contributed with 2 hits apiece. Marvin Mueller and Steven Murphey scored 3 runs. Unfortunately, the Pirates pulled away in the 7th inning to get the win. The two games against the Pirates also features 4 players playing in their first games for the Unicorns: Robin Ingold, Guil Lacerda, Lara Kessler, and Ambi Cruz.

The Unicorns next game will be on June 2nd in Zurich.