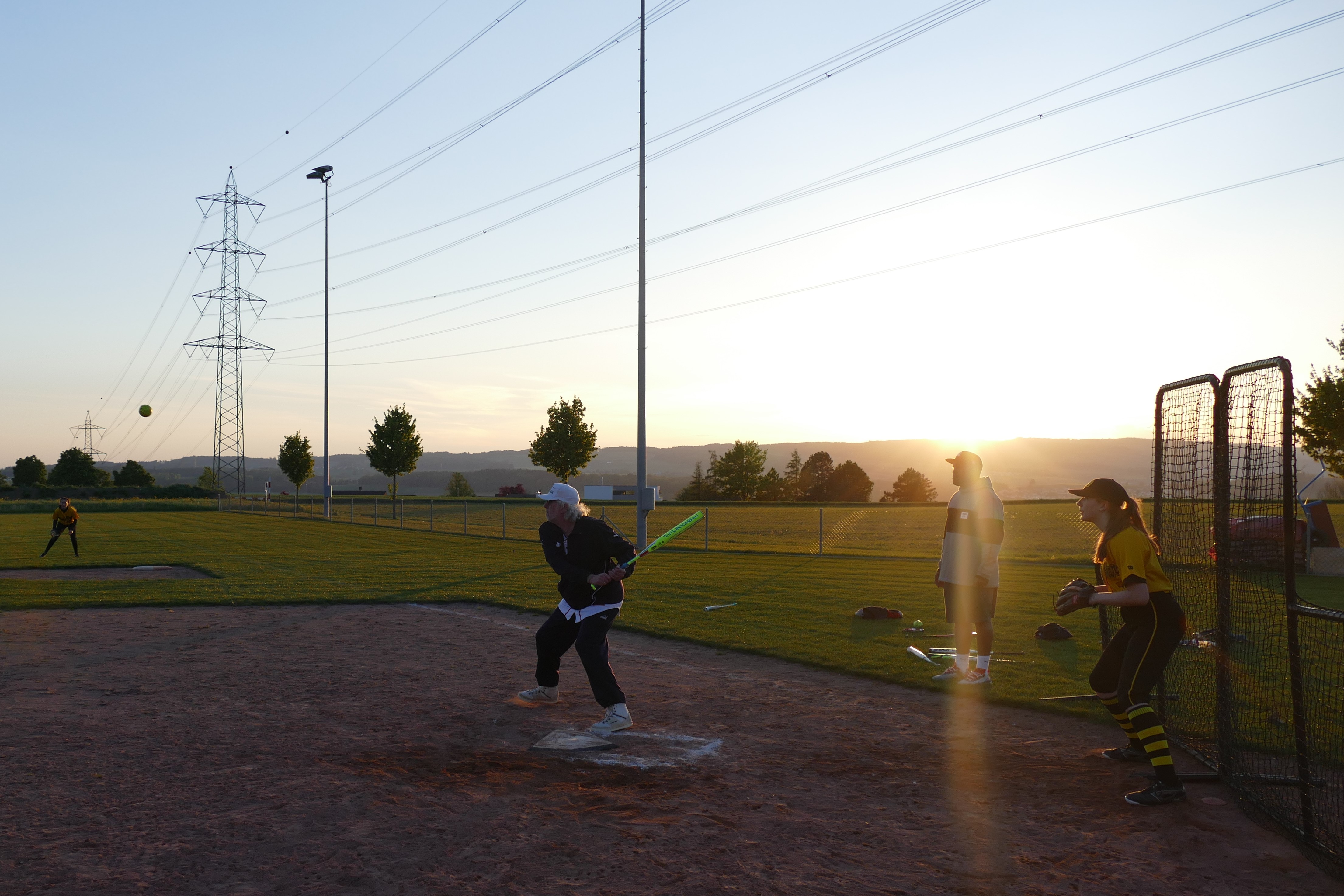 An evening with the Truck Star!
In order to make our softball practices a little more fun, the Dullikon Truck Star were invited to Hunenberg for a friendly game on Tuesday evening. The game gave our new members the chance learn the rules of the game and experience some of the action. The Unicorns started the game with five “old hands”, three “newcomers” and two players borrowed from the opponent. A heartfelt thank you to Nolan and Sam. The weather and mood were good and so was game. The Unicorns defensive stood tough. They only allowed 8 runs in the 1st game and managed to score 9. It should be mentioned Serena and Titian each launched a hit in their 1st career at-bats. The Unicorns also won the second game.
Thanks to all for the nice evening!