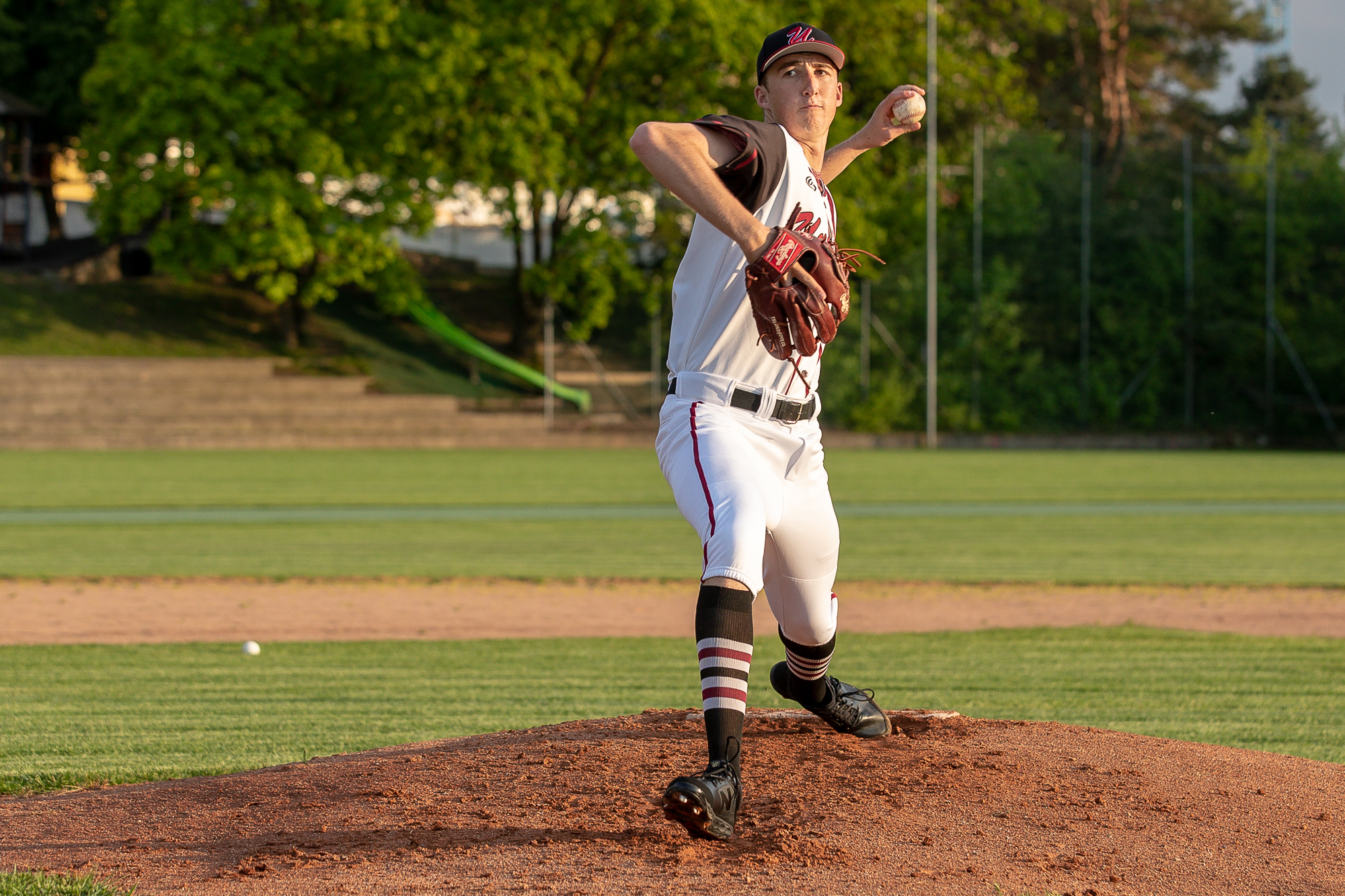 This weekend, the Unicorns hosted a doubleheader against the Embrach Mustangs, who are currently in third place. The Unicorns entered the games on a three game winning streak and were determined to take a least one of the two games.
The first game started with two ceremonial pitches thrown by Christopher and Nathan Bini. The Bini family, came all the way from the USA to Switzerland to support the Unicorns. Thanks to the Make-A-Wish Foundation for giving Christopher and Nathan this great moment. The Unicorns were inspired at the start and motivated to win the opener. The Unicorns scored early and the game was close after 3 innings. The Unicorns trailed 12-8. However, the Mustangs’ bullpen proved tough and Mustangs pulled away. The Unicorns lost the first game 9-19.
In the second game, the Unicorns got off to a rocky start. The Mustangs scored 8 runs in the first inning. However, the Unicorns bravely fought back and countered with 5 runs. The game now looked like a real slugfest. However, when Max Spencer came in to pitch the tide started to turn. Wtih the Mustangs stimed by great pitching, the Unicorns were able to catch up. Michael Bini and Bilmanio Castillo led off the bottom of the 7th inning with back to back doubles, and Andreas Gamma scored the equalizer to tie up the game 12-12. The game went to extra innings, with both teams standing strong until the ninth inning. Shaen Bernhard finally managed to drive home Max Spencer from second base with a single, which meant a walk-off victory (13-12) for the Unicorns!
Both teams gave everything in this game, but in the end it was the Unicorns defense that decided the game. The Unicorns have a good chance of moving up a place in the standings with 4 games left. There are two more games against the Mustangs, as well as another double-header against the Zurich Lions.