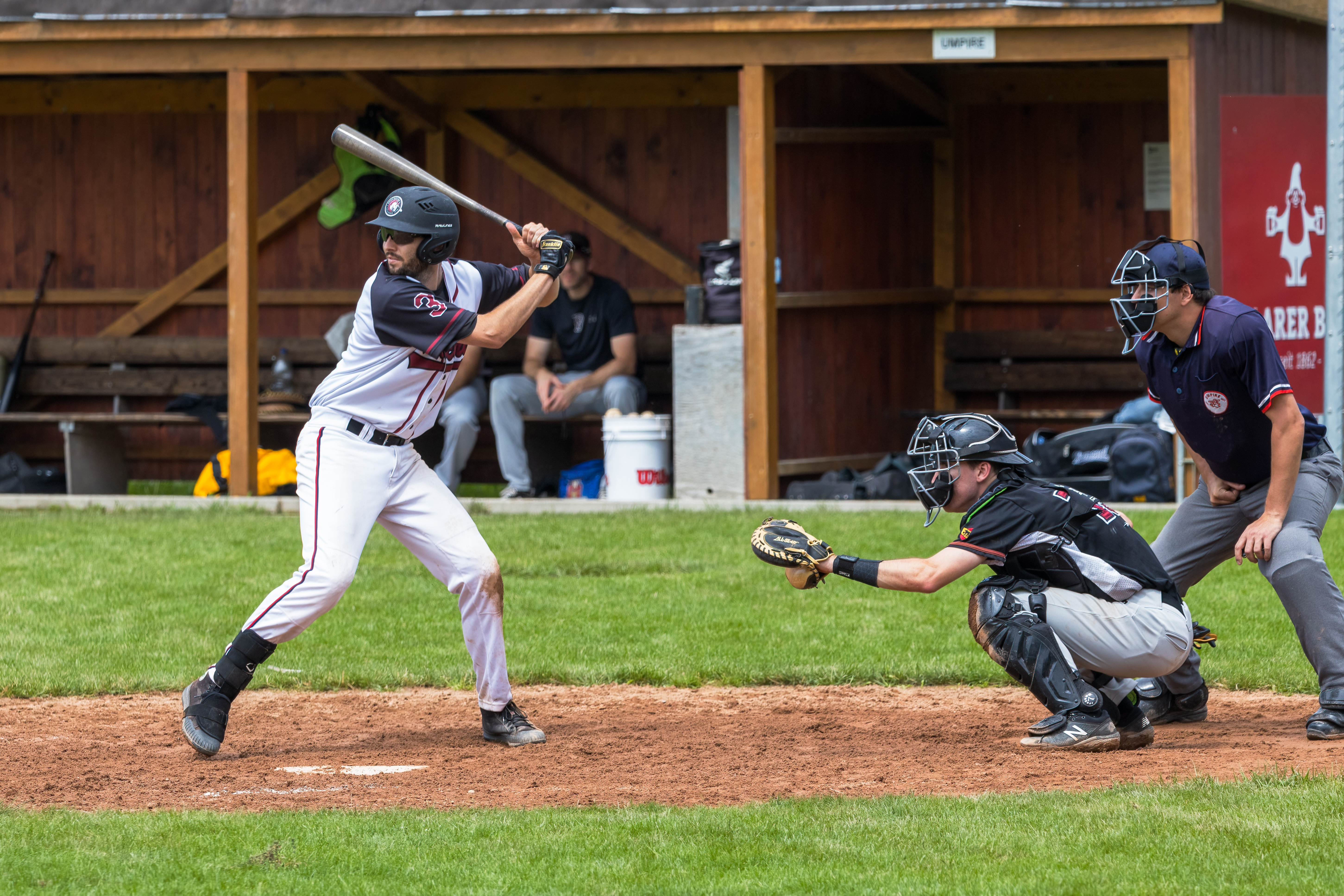 Sunday was a historic day for the Unicorns. Not only was it the first NLA home game in over 30 years of Unicorns baseball, by the end of the day, the club also collected its first NLA wins. The Unicorns played a doubleheader against the Bern Cardinals. In the first game, Stefan Haltimeier continued his strong start to the season. He pitched 7 innings and only gave up 1 earned run, while striking out 4. On the offensive side, Ryan Byrne and Tanner Donnels lead the Unicorns. Ryan went 4 for 4 and Tanner went 2 for 2 with two walks. With the game tied 1-1 in the bottom of the third, Ambi “Big Papi” Beriguete broke the tie with a ground rule double scoring Ryan and Tanner. Ryan and Tanner tacked on two more runs in the 4th hitting back-to-back doubles. But the Cardinals kept things close, scoring two runs in the 6th inning. Ryan Byrne came in to pitch in the 8th inning clinging to a 5-4 lead. The Cardinals immediately loaded the bases with a single and two walks. But the defensive held tough. In the next at-bat, a pitch bounced away from catcher Marvin Mueller and the Cardinals tried to score. But Marvin was too fast. He pounced on the errant ball and caught the Cardinal runner at home. Ryan then struck out the batter and retired the side on a grounder back to the box. Ryan cruised in the 9th inning, striking out two, to lock down the save. The Unicorns won their first game in NLA by a score of 5 to 4.

In the second game, Sam Brinster rebounded from his first NLA start. Sam pitched 5 dominate innings, striking out 10 Cardinals. Ryan and Tanner once again led the offensive with two hits each including a bomb to right field from Tanner. The offensive was a little more balanced in the second game with hits from Rob Sedin, Reinaldo Reyes, Bilmanio Castillo, and Marvin Mueller. Dawson Dullnig made his Unicorns debut on the mound in the 6th. He and Rob closed out the Cardinals with less drama than game one. However, the game ended on an unbelievable diving catch from Julio Rijo, which sealed the 8-4 victory.

The Unicorns will have a short week of practice and then travel to Luzern on Saturday, July 17th to face the Eagles.