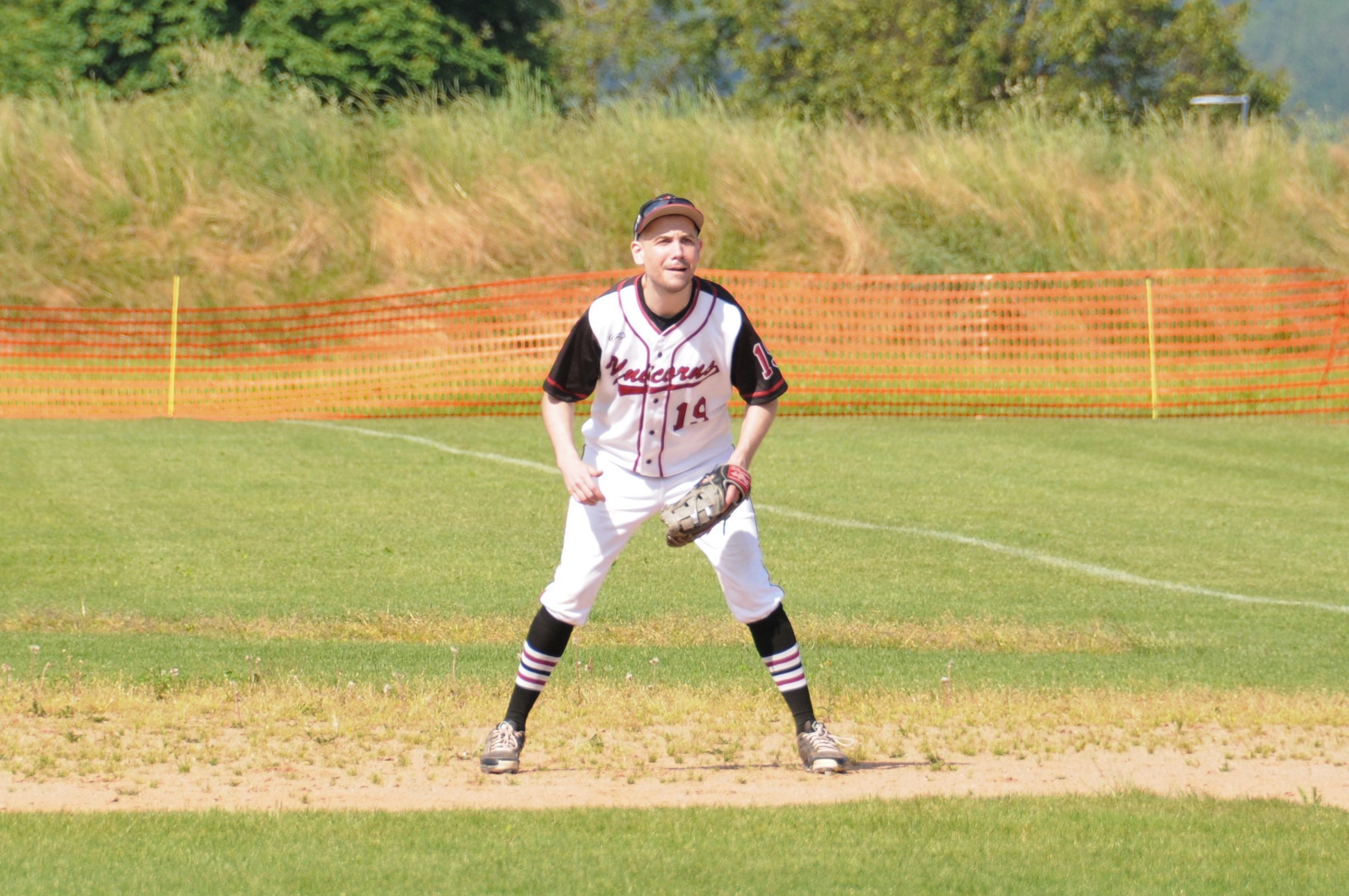 One week after the start of the NLA season, 1st League baseball finally had their season start on June 13th. The Hünenberg Unicorns welcomed the Thun Hunters and Sissach Frogs to the beautiful baseball field Rony in Hünenberg. The Unicorns added several new players before the start of the season, who showed in the intensive practices that they are ready for their first stint as baseball players.

In the first game of the season, the Unicorns played the Hunters and it was already extremely hot at 10am. Shaen Bernhardt pitched the first game and teamed up with Marco Fossa, who was making his debut as a catcher. The two had some trouble to find the rhythm at the beginning and the strong offense of the Hunters was merciless. The first inning on defense lasted a good 20 minutes. Already a bit overheated, the team under the leadership of Marvin Müller switched to offense and took it upon themselves to also leave their opponents on the field for a long time. No sooner said than done, the bases were loaded when Sam Brinster stepped into the batter’s box and connected: GRAND SLAM! Brinster’s performance gave the team a boost and the rest of the bats got hot as well. During the game all Unicorns players reached base or did their job to advance runners. Besides the already mentioned players Stefan Jakus, Nikolaos Yfantis, Atiqah Kukan, Lukas Fabel, Lara Kessler, Jason Seinige and Benny Räber fulfilled their tasks defensively as well as offensively. Räber set himself a special goal for today’s match. More about that later. The game ended with a 14-10 win against the Thun Hunters.

After the Hunters played the Sissach Frogs in the second game of the day, it was the Hünenberger’s turn again for the third and last game of the day. Against the Frogs from Sissach, the Unicorns were determined to get their second win. During the lunch break, the Unicorns could recover. Already in the first inning the heat became the frogs’ undoing and walked several players, which led to the Unicorns batting around the lineup. The players from Zug switched to defense in the bottom of the first inning with a comfortable lead. Brinster, the starting pitcher, gave the Frogs no mercy and retired the first three batters quickly. Back on offense Benny Räber had the chance to shine. He stole two more bases giving him 139 in his career passing Marco Hegglin for the all-time club record in stolen bases. Congratulations, Benny!

Simon Weisskopf also had a great achievement. He replaced Brinster in the last inning and made his pitching debut. Weisskopf showed great potential and got his first career strike-out. Thanks to this solid performance and the strong offense, the Unicorns’ 1st League team beat the Frogs 20-1.

With two wins in the first two games, the Unicorns 1st League team goes back into training mode to discuss lessons learned and work on areas for improvement. The next game will be on July 4th in Sissach.