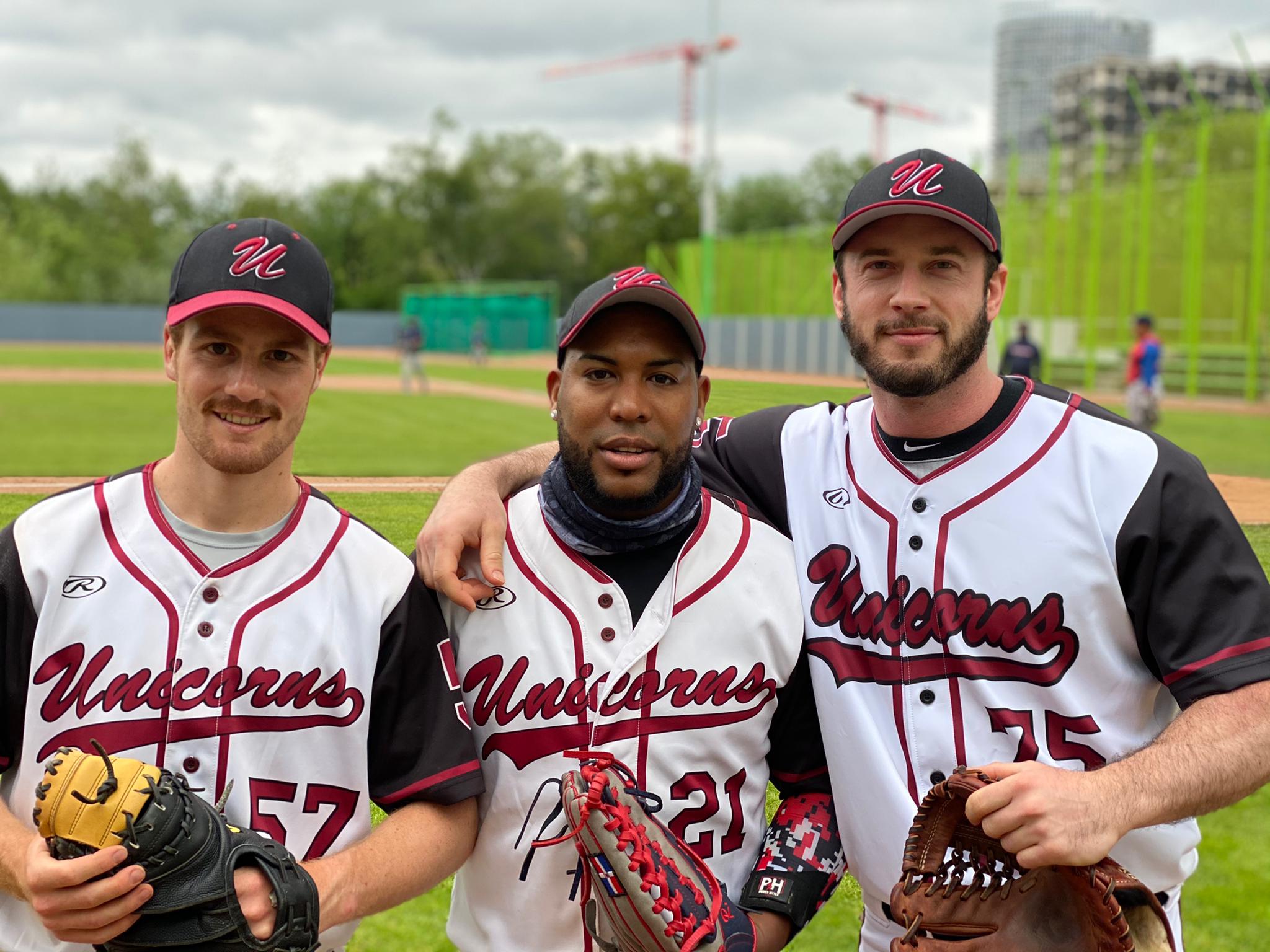 After about a 2 month delay to Opening Day for the 2021 Season, the Hünenberg Unicorns kicked off the year against the Zurich Challengers at Heerenschürli Stadium in Zurich. This is a special and well-deserved moment for the Unicorns as it marks their first year in the NLA. Led by coaches Steven Murphey and Shaen Bernhardt, the Unicorns have maintained a strong core of players and added veteran prospects to their roster including Rob Sedin, Tanner Donnels, Stefan Haltmaier, Simon Steffen, Ambi “Big Papi” Beriguete, Julio Rijo, and Ryan Byrne.

Pitching for the Unicorns was National Team member Stefan Haltmaier, who went 6 innings giving up 6 runs (only 3 earned). The Challengers showed strength in their offense and a strong pitching performance by Tobias Siegrist. It wasn’t until the top of the 6th when the Unicorn bats came alive. Tanner walked, Ryan laid down a bunt for a hit, and then Big Papi hit both of them in with a hard drive down the left field line. Reinaldo Reyes singled in the top of the 7th to keep the momentum going for Hünenberg. Tanner followed with a 2-run homerun to make the game 5-6. After Haltmaier concluded his pitching performance, Ryan Byrne, former Zurich Challenger, took the mound and shut down the Challengers bats for 2 innings giving the Unicorns a chance to win it in the 9th. Simon Steffen led off the 9th with a line drive single to center. Reyes followed that with a perfectly placed sacrifice bunt to move Simon to 2nd. Rob then hit a sacrifice fly that moved him to third. Unfortunately, that was as far as he would get. In the end, the score remained 5-6 as the Challengers came out on top.

Reflecting on the game was Byrne who said, “For many of us it was the first time playing on the field together so we didn’t know what to expect, but there’s a special talent with this group and a strong camaraderie which will only get stronger as the season goes on. We are the underdogs right now but we are embracing that role.”

The next games will be on June 19th against the Zurich Barracudas at Heerenschürli. Check out www.spielplan.ch for the schedule, stats, standings, live scoring, video feed and more. Come out and support your Unicorns and enjoy a great day of baseball!