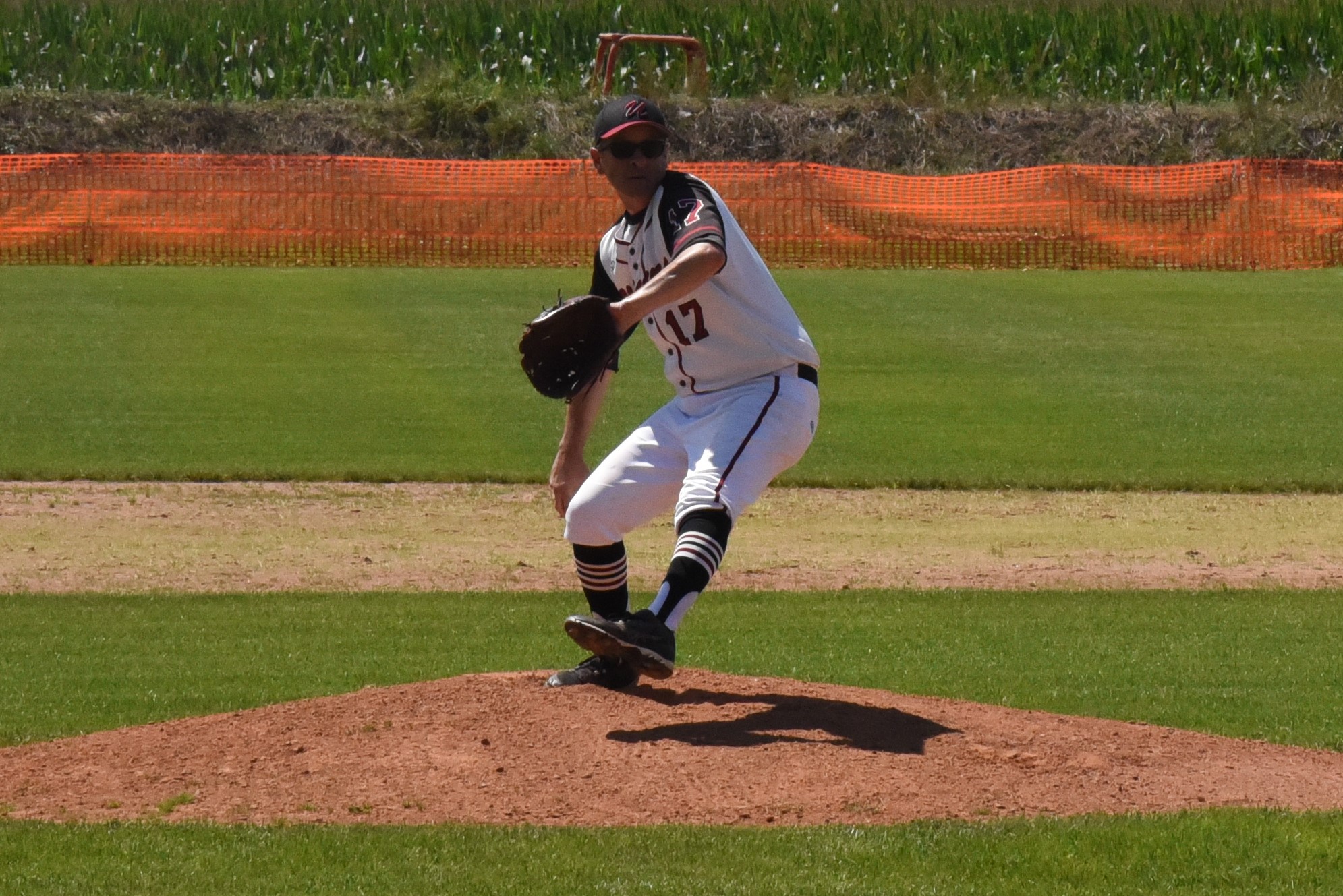 After losing two important games to Luzern last week, the Unicorns’ NLB team needed to bounce back in order to stay in the playoff race. On Saturday, the Unicorns played two games in Hünenberg against the Lausanne Indians. The Indians started the day tied with the Unicorns in third place. Kieran Brot started game 1 and immediately got support from the offense. In the first inning, the Unicorns scored 3 runs. Marvin Mueller led off with a double and later scored on a single by Franklin Chavez. Franklin and Steven Murphey scored later in the inning on errors by the Indian’s defense. The Indians’ tied the game in the 2nd inning, but Reinaldo Reyes gave the Unicorns a lead with an RBI double in the bottom of the 2nd, scoring Shaen Bernhardt. The game remaining tight for the next 4 innings; both teams traded leads. Down by 1 run in the bottom of the 6th inning, Kieran got things going with a walk and stolen base. Marvin Muller followed with another walk. Reinaldo provided the key hit to drive in both runs to take a 7-6 lead. Bilmanio Castillo doubled in Reinaldo to give the Unicorns an insurance run. Andreas Gamma pitched the last two innings and shut down the Indians to earn his first win of the season. The Unicorns won 8-6.

In the second game, the Unicorns scored 6 runs in the second inning and that was all they needed. Michael Bini, pitched a dominate complete game. With the 49 year young Bini pitching his best game of the season, the bench started singing their “Baby Bini” song. Franklin Chavez, who hit his 3rd home run of the season, had this to say: “We were dominant from the first inning and (Bini) was in control and trusting himself.” Bini finished the game giving up only 2 earned runs in 7 innings. Marvin Mueller and Steven Murphey also contributed with 2 doubles in the game. The Unicorns won 10-4.

Coach Steven Murphey was very impressed with the team’s performance. “The team could have been down on themselves after last week’s losses. Instead, they came out with lots of energy today. The whole team picked each other up and it showed in the way they played. The pitching was great, especially Gamma and Bini. And the hitting was equally excellent today. Now we have to maintain this energy for the Frogs.”

The Unicorns will face off against the first place Sissach Frogs on August 8th in Hünenberg.