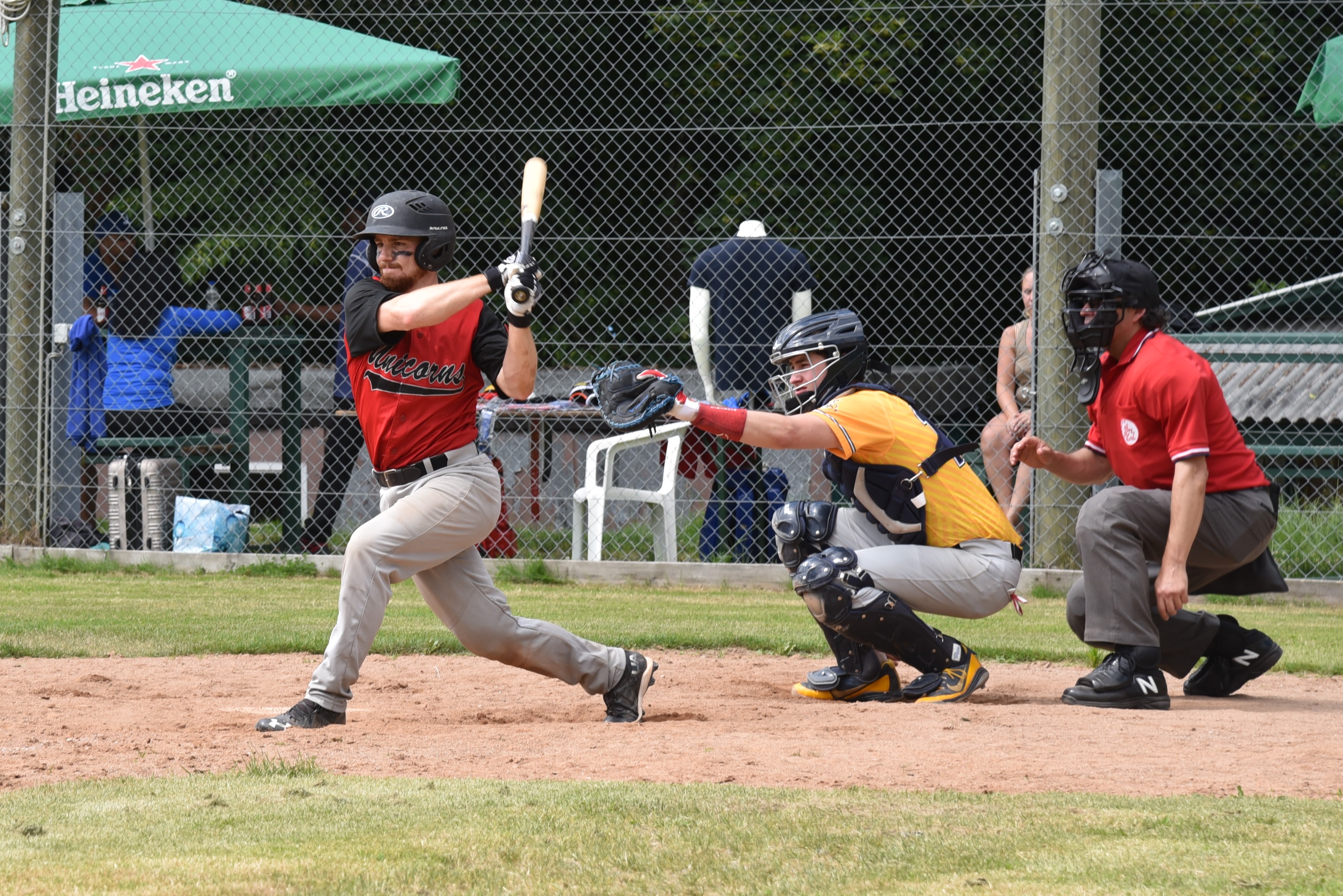 After a two and half month delay to the start of the season, lots of hand sanitizer, and a noticeable lack of high fives, baseball is back. The Hunenberg Unicorns’ NLB team opened their season on Saturday in Luzern. The team split 2 games with the Luzern Eagles, losing the first game 11-15, and winning the second 21-7. In the first game, the Eagles jumped out to a 9-0 lead before Michael Bini came in to pitch. He held the Eagles to just 6 runs over 5 and 1/3 innings. The Unicorns battled back but couldn’t close the gap. In the second game, Shaen Bernhardt started and pitched 4 strong innings to get the win. Ismael Martinez, pitched two scoreless innings to close out the game.

Also playing in his first games, Simon Weisskopf, got on base by a walk, and scored his first run. “I have been intrigued by the game ever since my exchange year in Canada and figured I’d give it a try if I ever got the chance. To me, it seemed that if you boiled down any complex sport into its essential physical and mental components you’d get the simple game that is Baseball.” In his first game, Simon quickly realized it may not be as simple as he thought: “Everything is a little bit faster and stakes are higher than in practice, which needs some getting used to. It is fun though. A general sense of positivity and a burger at lunchtime helps you get through.”

Overall, it was a great start for the Unicorns. The Unicorns travel to Lausanne on 21 June to face the Lausanne Indians for their next two games.