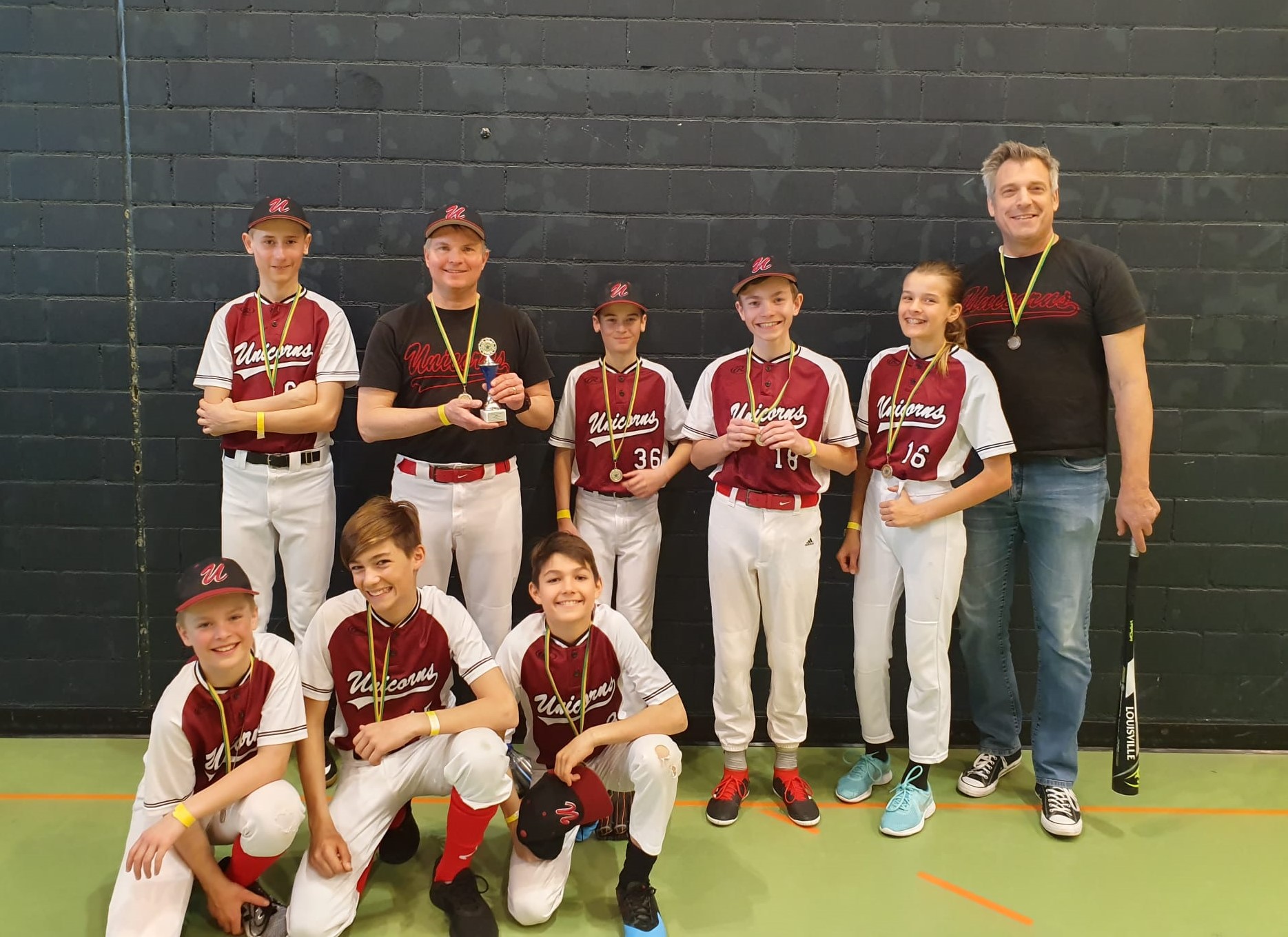 The Unicorns Cadets participated in the 7th Dreitannen Tournament in Olten yesterday.  Everyone on the team played very well, and we had a great result.  Out of five Cadets teams, including two who were in the semi-finals for the Swiss Championship last year, the Cadets ended up finishing in second place.  The Cadets won three games (9-3 against Truck Star/Frogs, 5-4 against the Zürich Challengers and a very exciting 9-8 win against the Bern Cardinals). During the game against Bern, Marco hit a grand slam home run. A short time later, a Bern player hit a 3-run homer to take the lead, but the Unicorns tied the game with 2 minutes to play and won the game 9-8 with 20 seconds left on the clock. Unfortunately, the Cadets lost to last year’s Swiss champions, the Therwil Flyers, 0-5 in the last game.  The Unicorns and the Flyers both finished the day with 3 wins and 1 loss, with the Flyers getting the edge for first place due to the tie-breaker.  Congratulations to Jon, Emilie, Dane, Jason, Dylan, Marco and Vincent (and a few guest supporting appearances from other teams to fill in our gaps).  The tournament was a great start to the new season and will give us positive momentum as we prepare to the start the outdoor season on 4 April in Hünenberg.