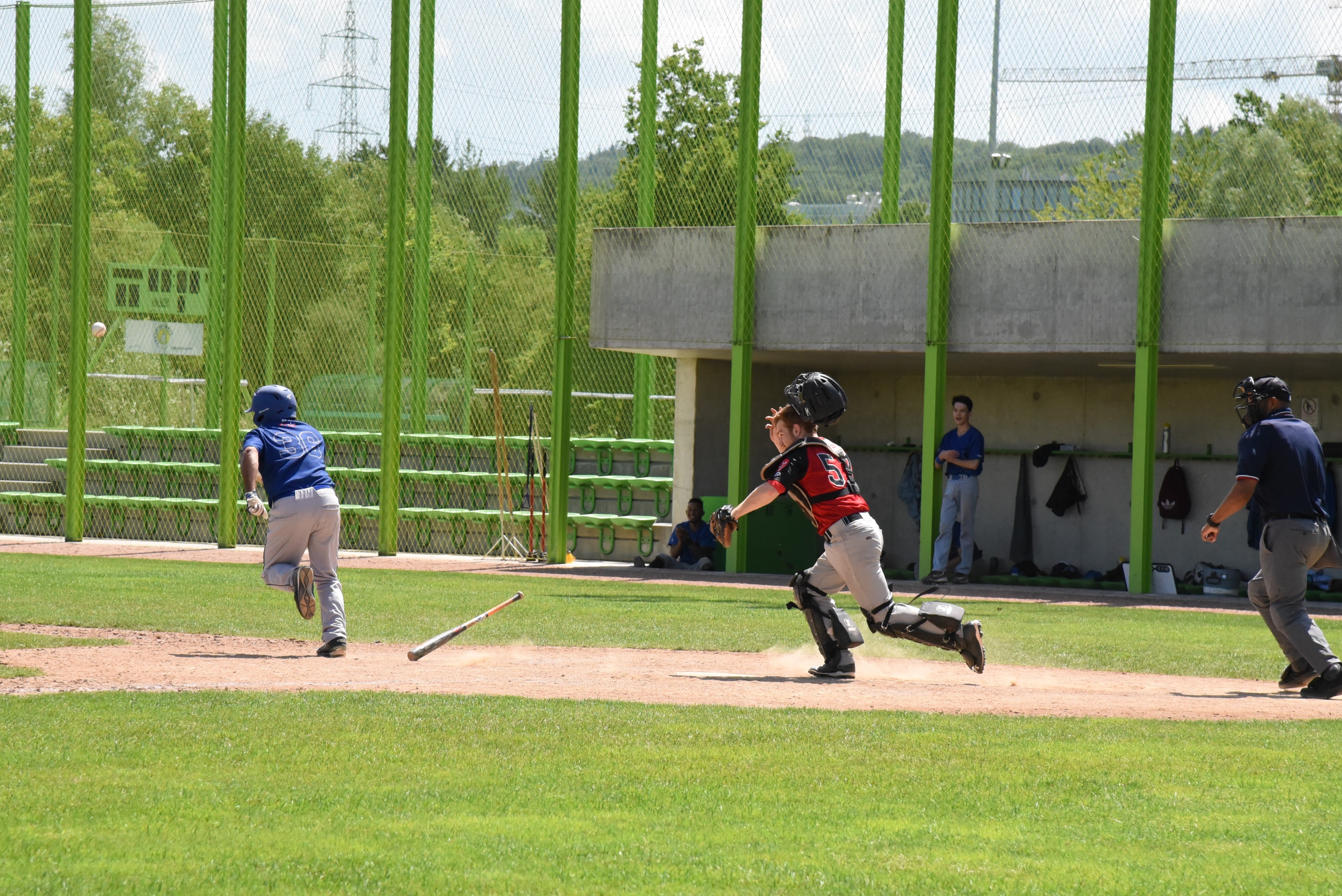 At the last double header of the regular season, the Unicorns played the Lions in Zurich. The Unicorns and Lions started the day tied in the standing with 5 wins each, to ensure a move up in the standings Hünenberg would have to win twice. The Unicorns started the first game strong. The bats were hot at the start and the Unicorns jumped out to a lead with seven runs in the first two innings. The Lions gradually managed to catch up and took the lead in the bottom of the sixth. However, the Unicorns gave the Lions everything they had and fought back with two runs, on clutch hits from Marvin Mueller, Max Spencer, and Giw Razavi, in the top of the 7th. Michael Bini pitched very well on his way to his 7th complete game of the season. Unfortunately, the Lions managed score another run, which gave them a walk-off victory at home. Final score: 11-12

Now it was clear what to do: The last game had to be won at any price! Full of enthusiasm, the Unicorns again jumped out to an early lead with four runs in the first. After that, the pitchers of both teams settled in and traded zeros. The Unicorns defensive held tough behind a fantastic performance from ace Max Spencer. In the seventh and final inning, the Unicorns put together 2 insurance runs as a result of a triple from Steven Murphey, and hits from Max and Bini. The Unicorns closed out the win as coach and pitcher Max cruised to a shutout victory, his 4th win of the season. The final score in this game was 6-0.

Sadly this was the last game for Max, but the club is very grateful for the effort he has made to develop this team. Under his tutelage, he has definitely helped the Unicorns grow this season. It can be seen in the remarkable turnaround at the end of the season. After losing the first 11 games this season, the Unicorns won 6 of their last 9 games. This weekend was also the last games for Alex Hovey, who leaves for college in the US next year. The Unicorns wish Max Spencer and Alex Hovey all the best for the future. We’re looking forward to their reunions!