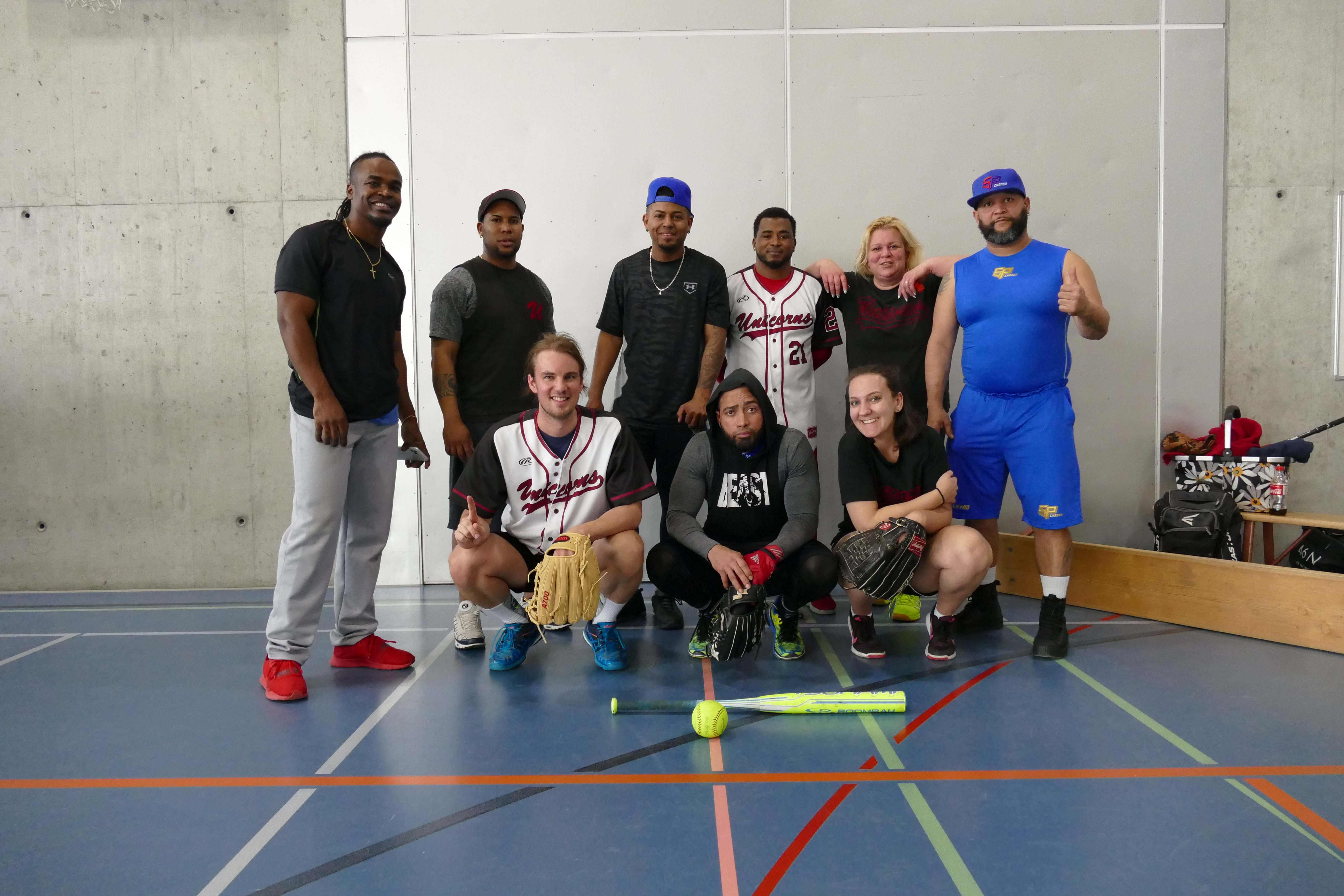 The worst enemy of the Unicorns, was the ceiling!

(If the ball touches the ceiling, the batter is out)

The Unicorns easily won their first two games. In the 3rd game they met the Barracudas’ NLB team. In the 1st inning they scored 4 runs. Unfortunately, the Unicorns could not catch up, despite playing SUPER defense. The game ended 6-4 for the Barracudas. To have any chance of reaching the final, the Unicorns would need to play well in their final game.

No sooner said than done! The Unicorns tied the Catfish. The determination of which team would reach the final came down to who had the better run differential. As a result, the Unicorns made it to the final and would get a rematch against the Barracudas’ NLB team.

It was an incredibly exciting game, but it ended again with the final result 6: 4.