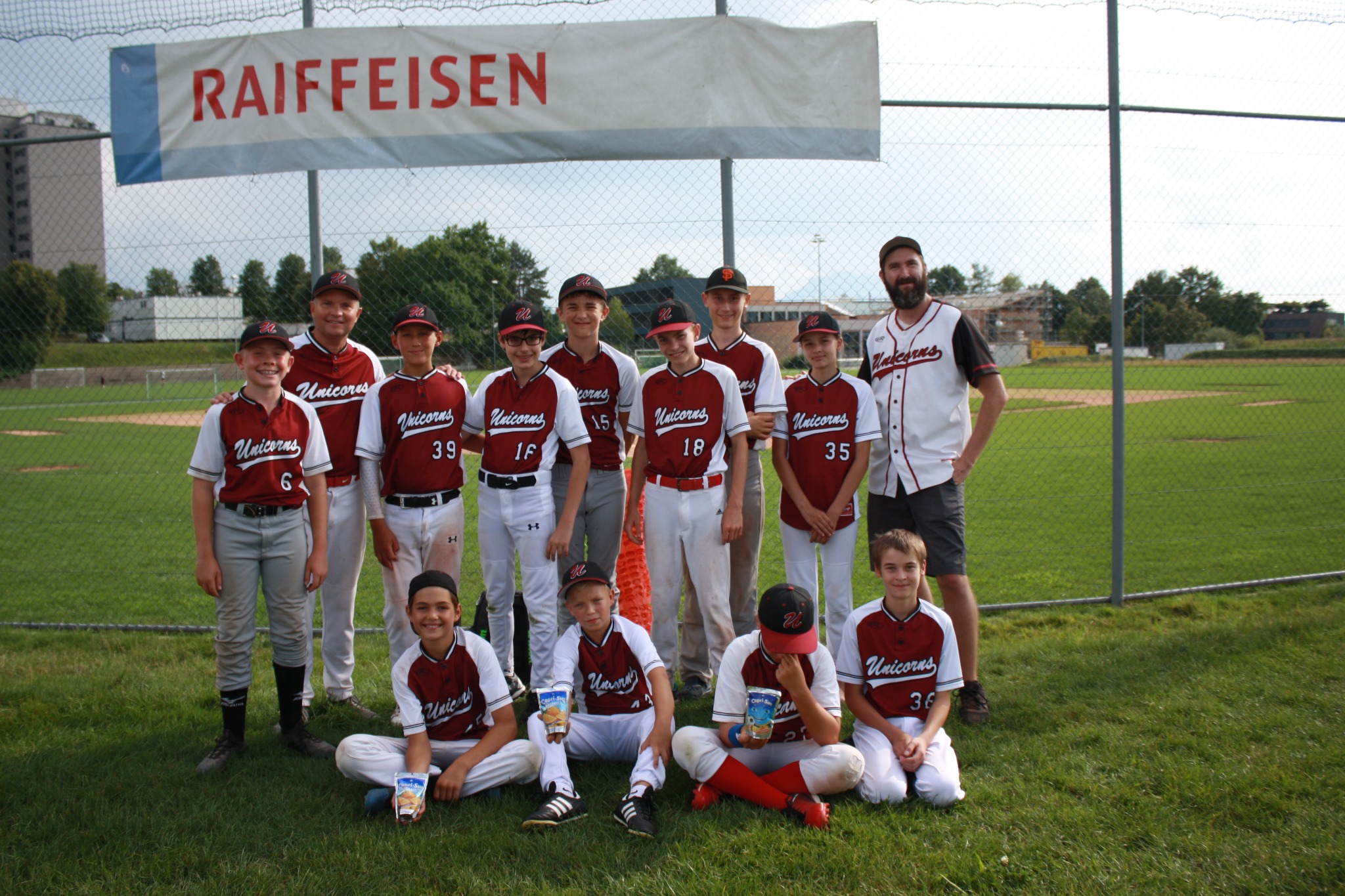 Thanks to the efforts of the Swiss Baseball and Softball Federation (SBSF) and coaches and volunteers from clubs across the country, youth baseball was able to resume this summer and complete the 2020 season.  Thanks to everyone involved for commitment and determination to make this happen and make it a special and safe season for the kids, their families, and the fans.

The Hünenberg Unicorns Cadets baseball team resumed its season after the summer school holidays with a sweltering double-header against the Bern Cardinals in Bern on August 9th (35° Celsius), a hot double-header against the Therwil Flyers at home in Hünenberg on August 16th (30° Celsius) and playoff game against the Zürich Challengers in Rümlang on September 6th played in baseball playoff weather (23° Celsius).  The Unicorns played their best baseball of the entire season in that playoff game against the Challengers, a perennial contender for the Swiss National championship, and took a 6-1 lead into the third inning on the strength of strong batting and ace pitching before dropping the game 7-11 in five innings to a very determined, experienced and well-coached Challengers team.  Coach Jon Fragodt said after the game: “The second inning of this game was the best inning we’ve ever played.  We scored the maximum five runs and shut the Challengers down in the bottom half.  We’ve got a young team, and we’re going to get better.  Coach Adrian Kämpfer and his talented Challengers team showed us in the late innings what makes great teams great.  We’ve learned from that and we’ll be back next year, along with Capri Sun.”

Special thanks to Daniel Ulbrich and the entire marketing team at Capri Sun’s Swiss headquarters in Baar for supplying the Unicorns Cadets and our visitors with generous quantities of Capri Sun beverages during our home games in Hünenberg this season.  In a season where the only thing we could serve was pre-packaged products, you came up with the perfect solution!

And the Swiss youth baseball season is not quite over yet.  Hünenberg will be hosting the first ever Swiss Little League qualification games on Saturday, September 19th in the first weekend of a three-weekend series to determine which regional team Switzerland will send to the European Little League Qualifier tournament in 2021.  Thanks to everyone at the SBSF and at the other clubs to help make this season fun, successful and safe.